The band Elsiane released their first album Hybrid in 2007. The painting Mend (conceived by MTAF, painted by Krista Bursey) was chosen as the cover, an icon that came to represent the contortion in Elsieanne Caplette’s estranged voice. This image at first glance can also resemble a strange organ, like something you would find inside the body. It has dualistic qualities both being inside and outside, male and female. 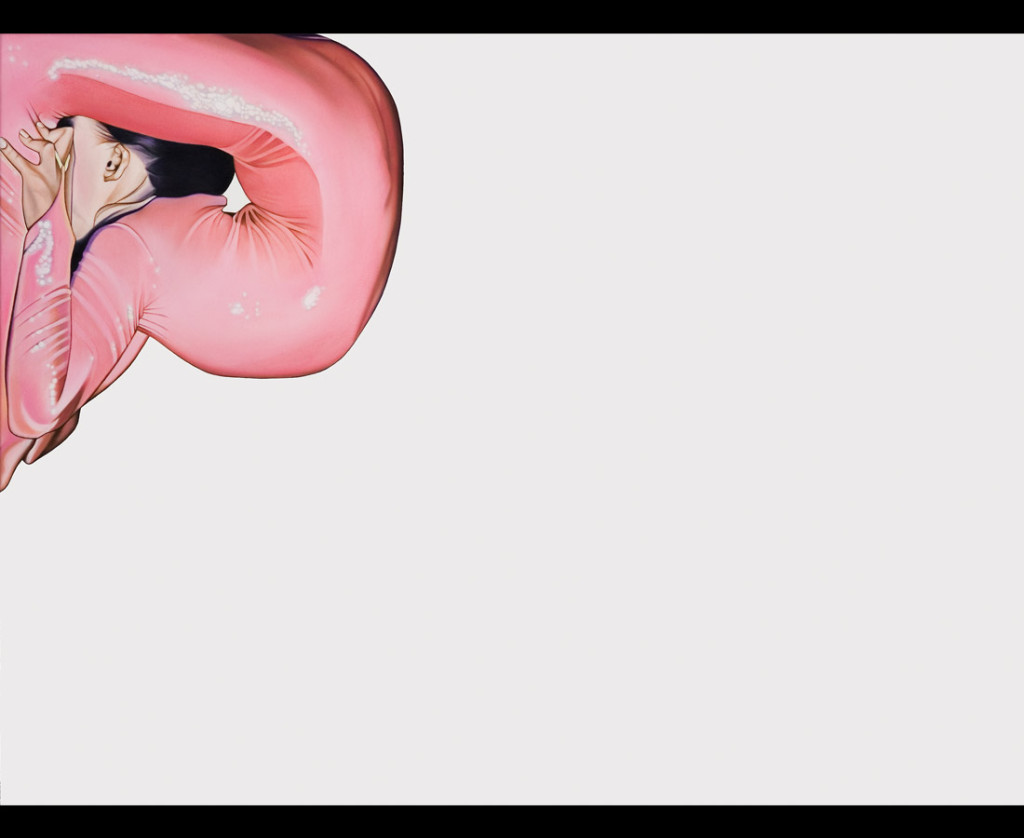 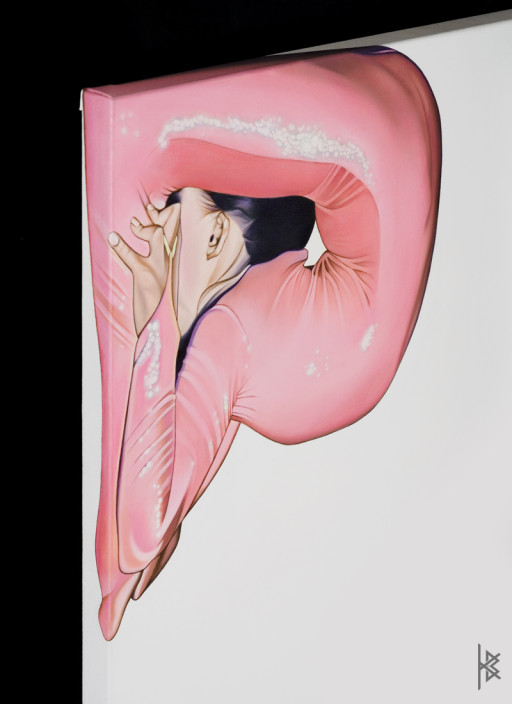 The entire art direction followed directly from Mend and led way to a series of paintings inside the CD, the costume design,  and the live videos. See DESIGN section to get a glimpse of the Hybrid world. 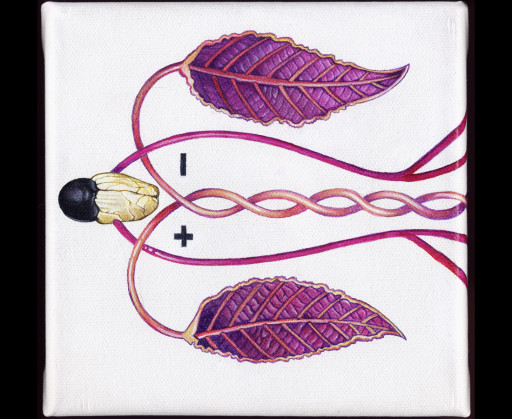 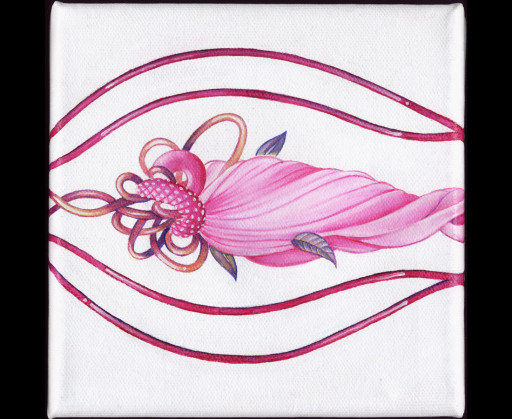 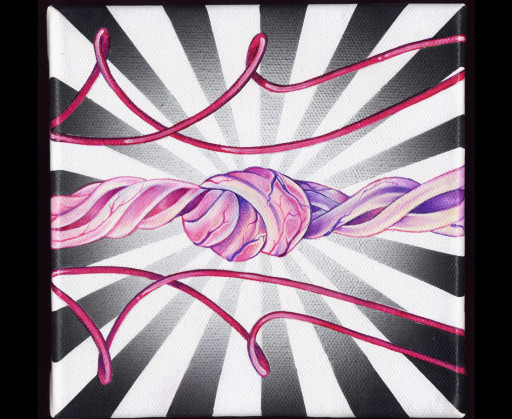 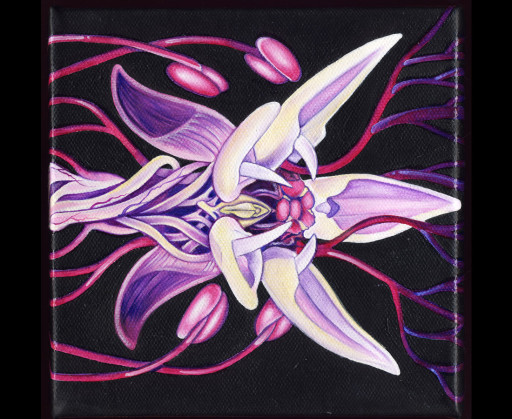 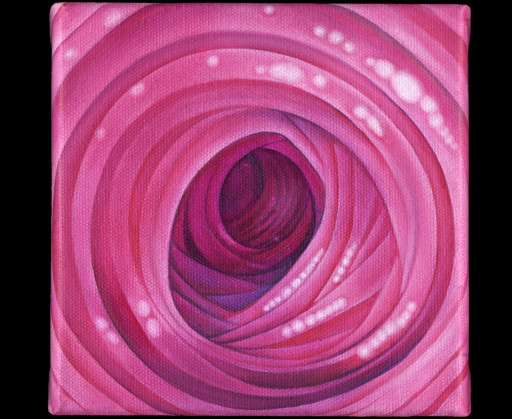 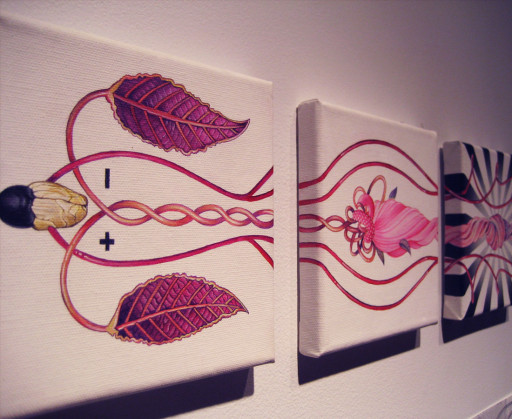 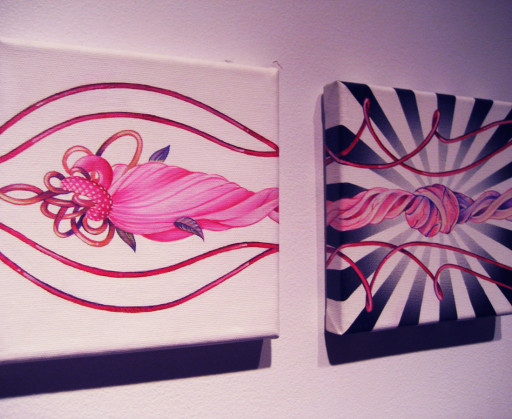 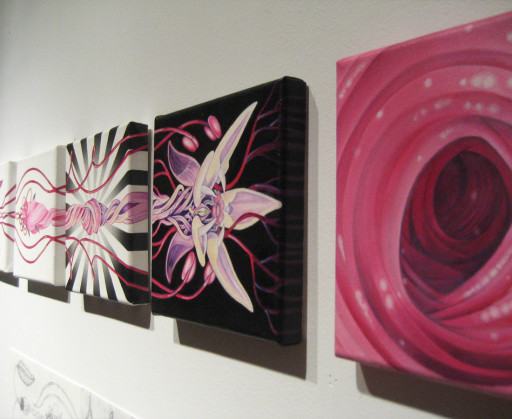